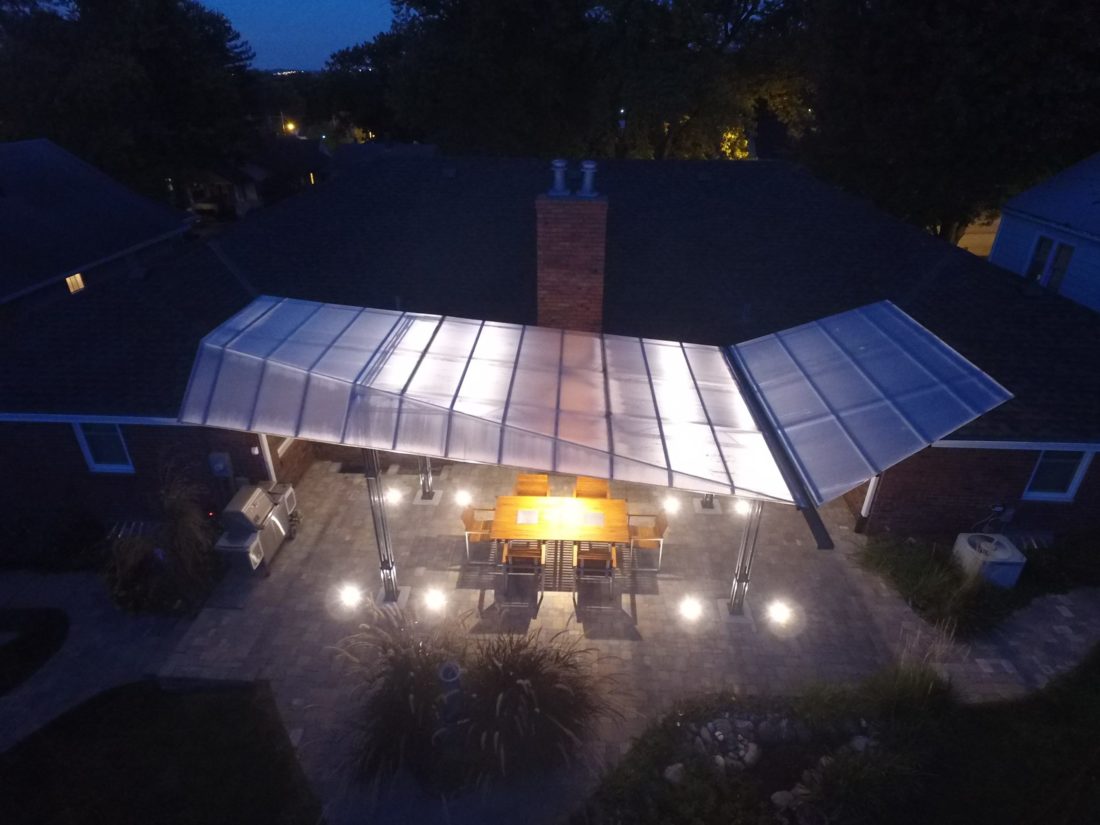 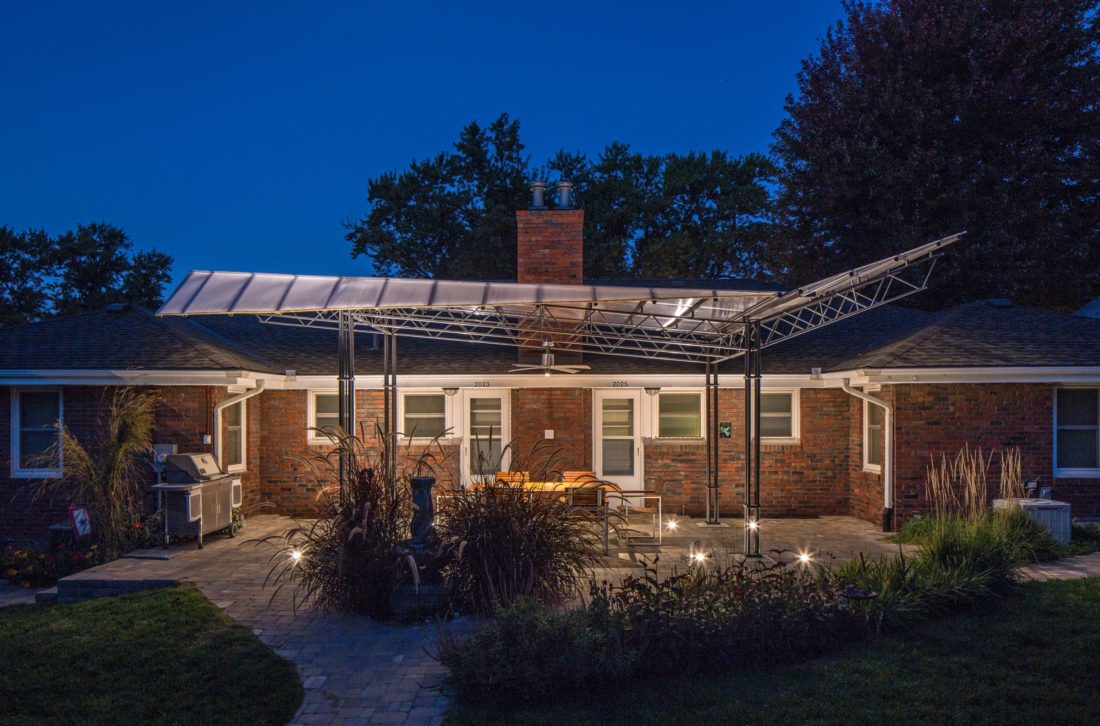 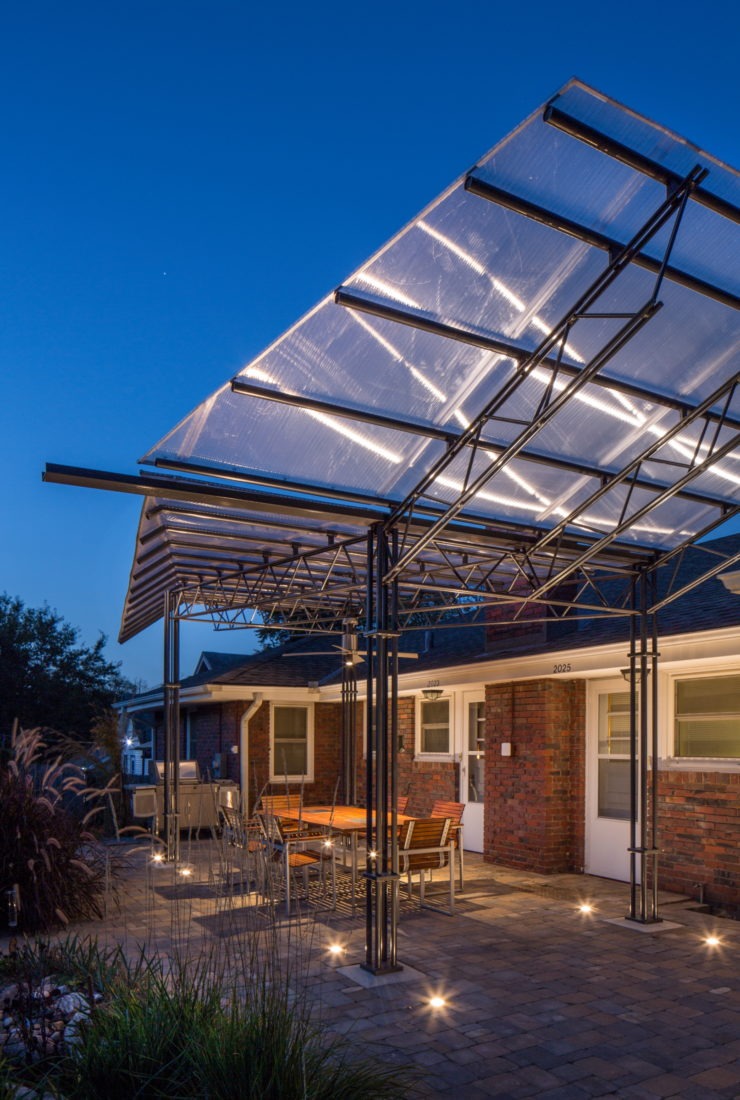 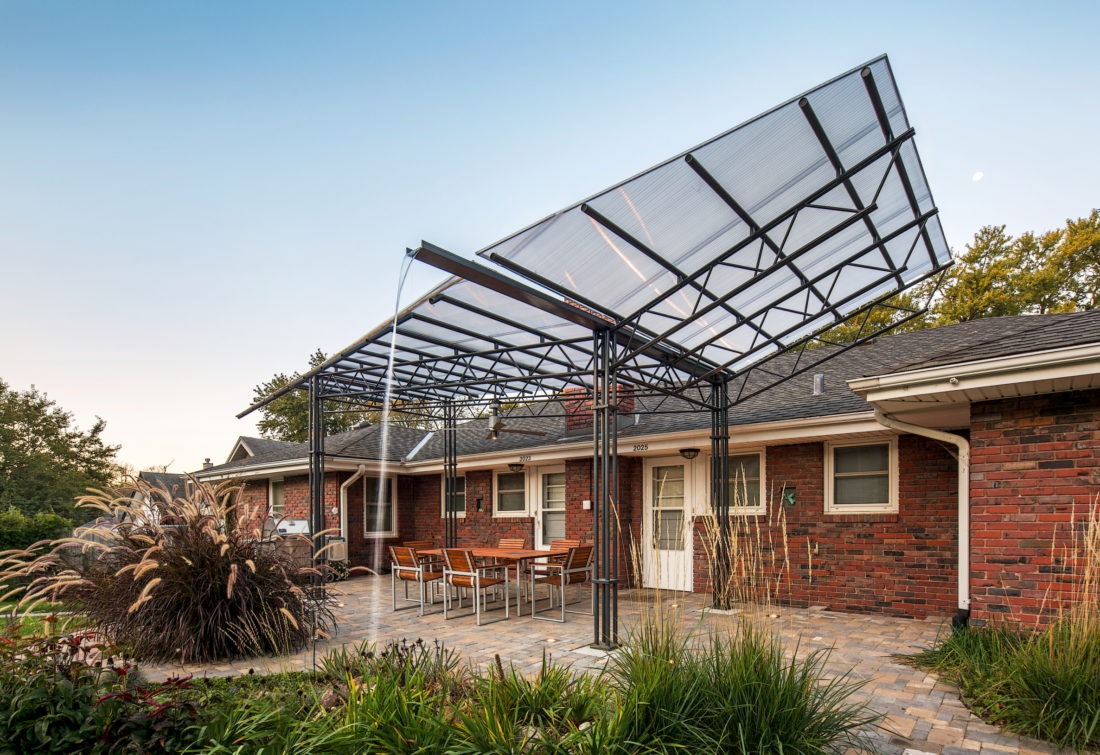 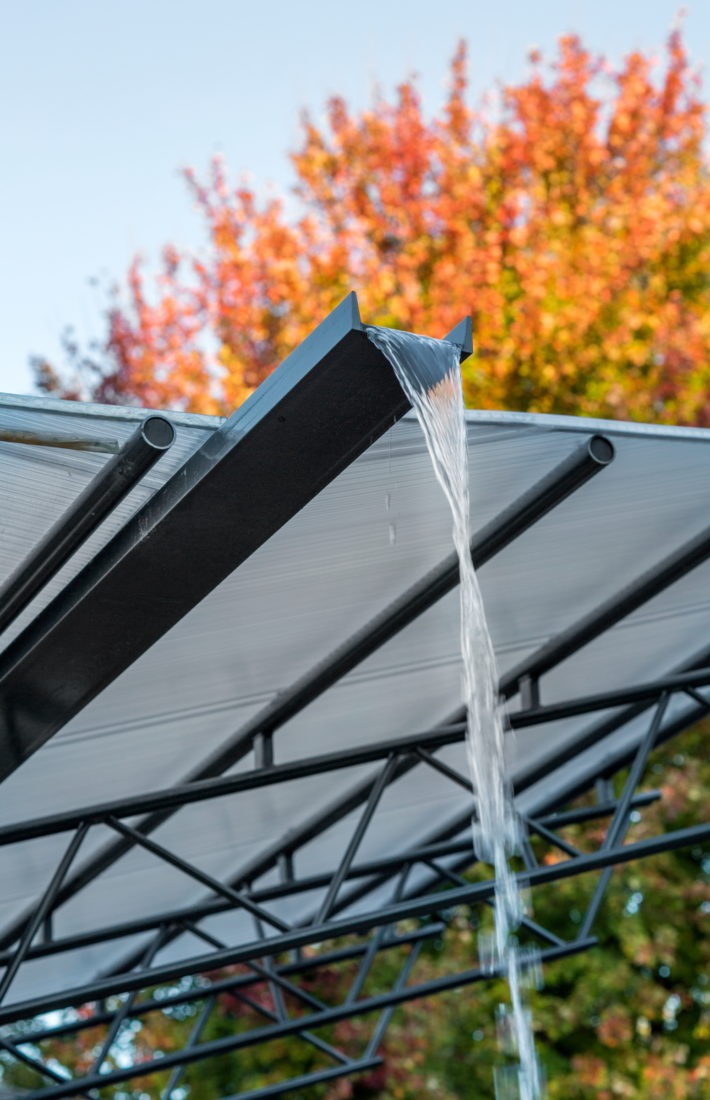 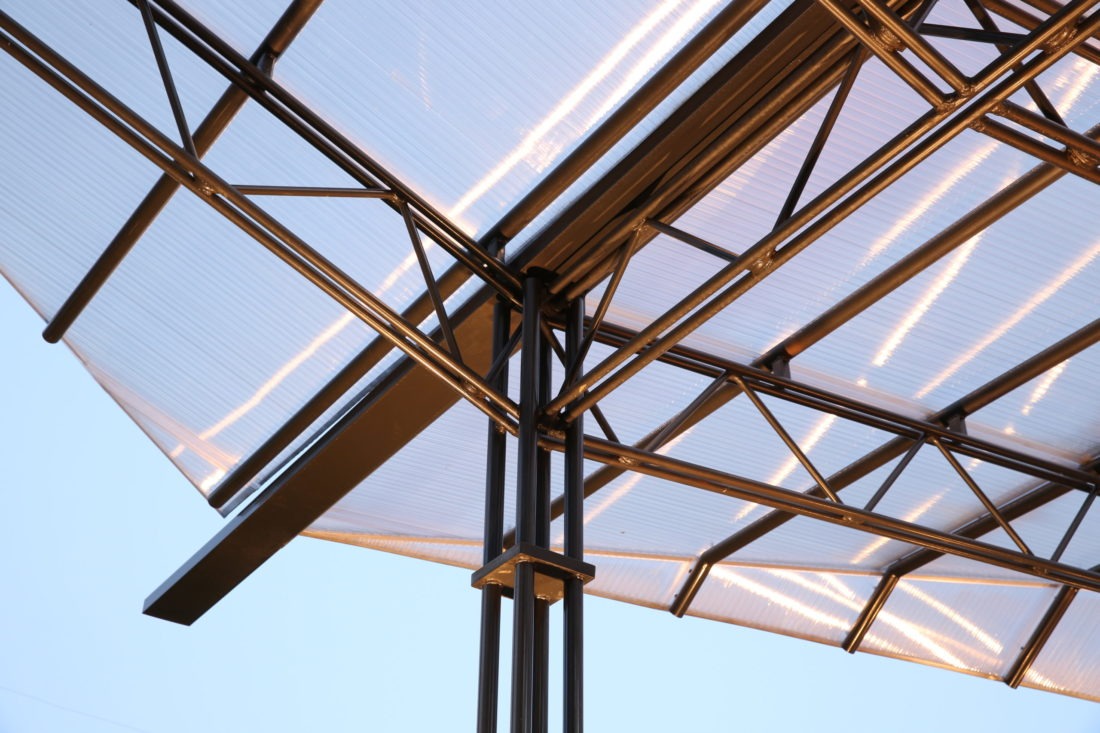 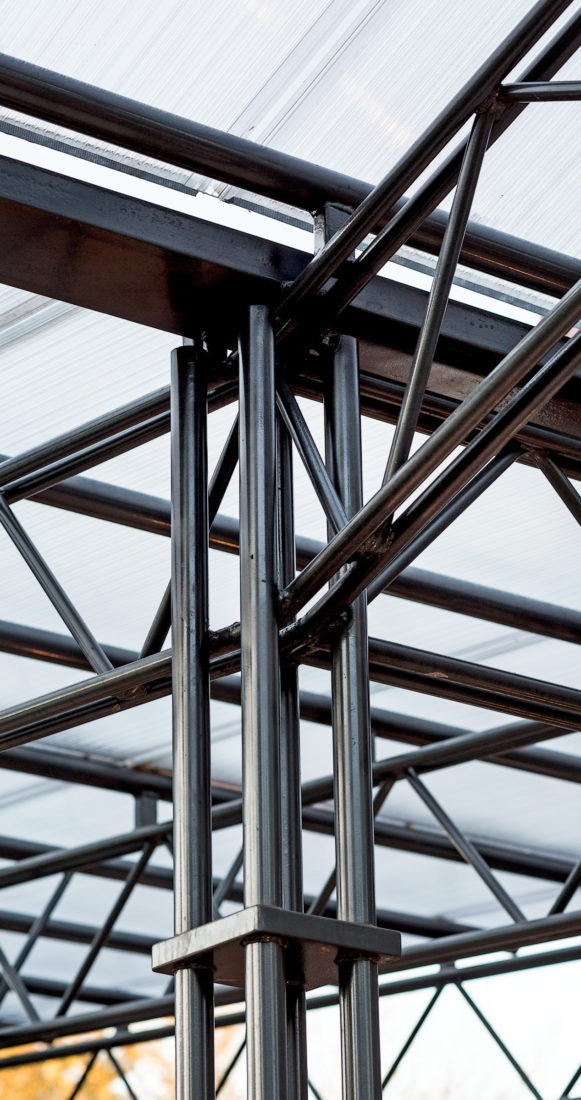 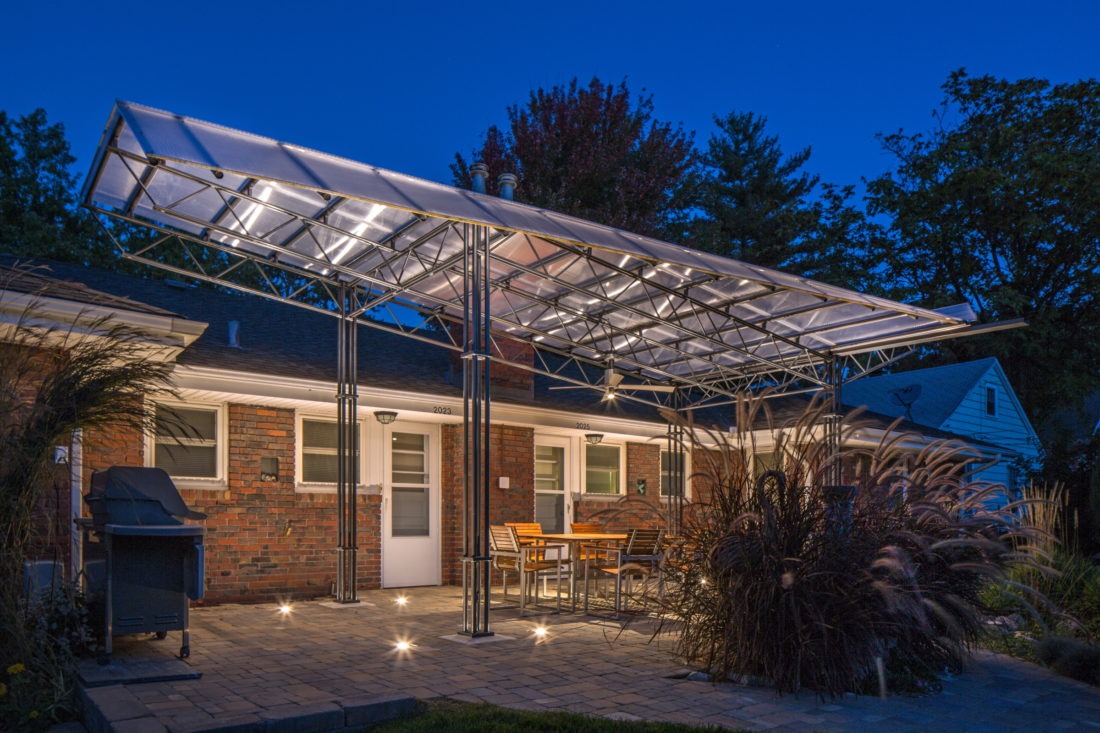 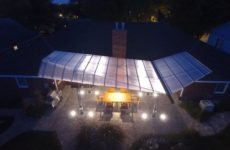 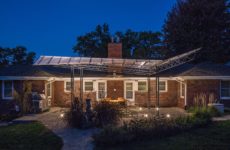 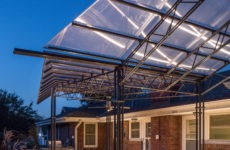 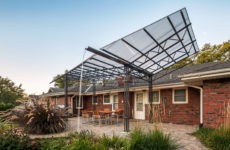 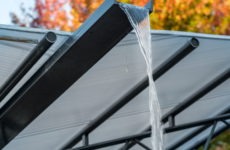 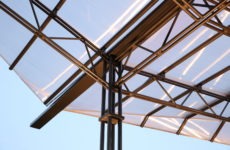 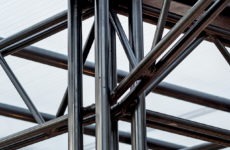 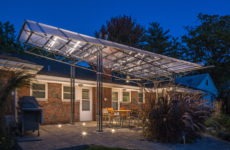 Among the thousands of workers in a colony, only a small handful of alate ants have the ability to take to the sky.  This select group of winged drones and princesses does not fight, it does not forage for food, in fact, it does no real work at all.  Once per year, however, it performs a vital role as it takes its nuptial flight, finding mates, and propagating new life for the colony.

Alate is designed to revive life for a tired and unused patio shared by a brother and sister living in adjacent duplex units.  The translucent Polygal roof drifts over the space, held aloft by an array of steel trusses delicately balanced atop four airy columns.  By softly filtering the harshest midday sun rather than blocking it altogether, the pavilion creates a cool, sheltered space without compromising the transmission of light into the adjacent home.  Additionally, Alate celebrates the movement of water as the rain generates living, dancing figures as it patters and streaks down the roof into the cantilevered channel and drops gracefully into the raingarden below, a reminder of the new life it brings to the home.