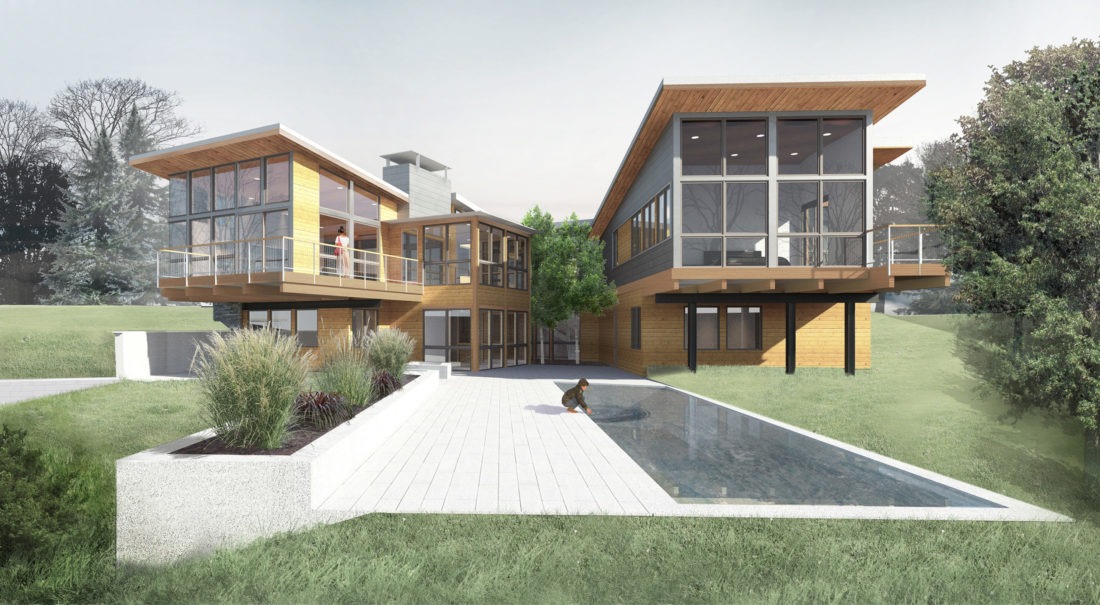 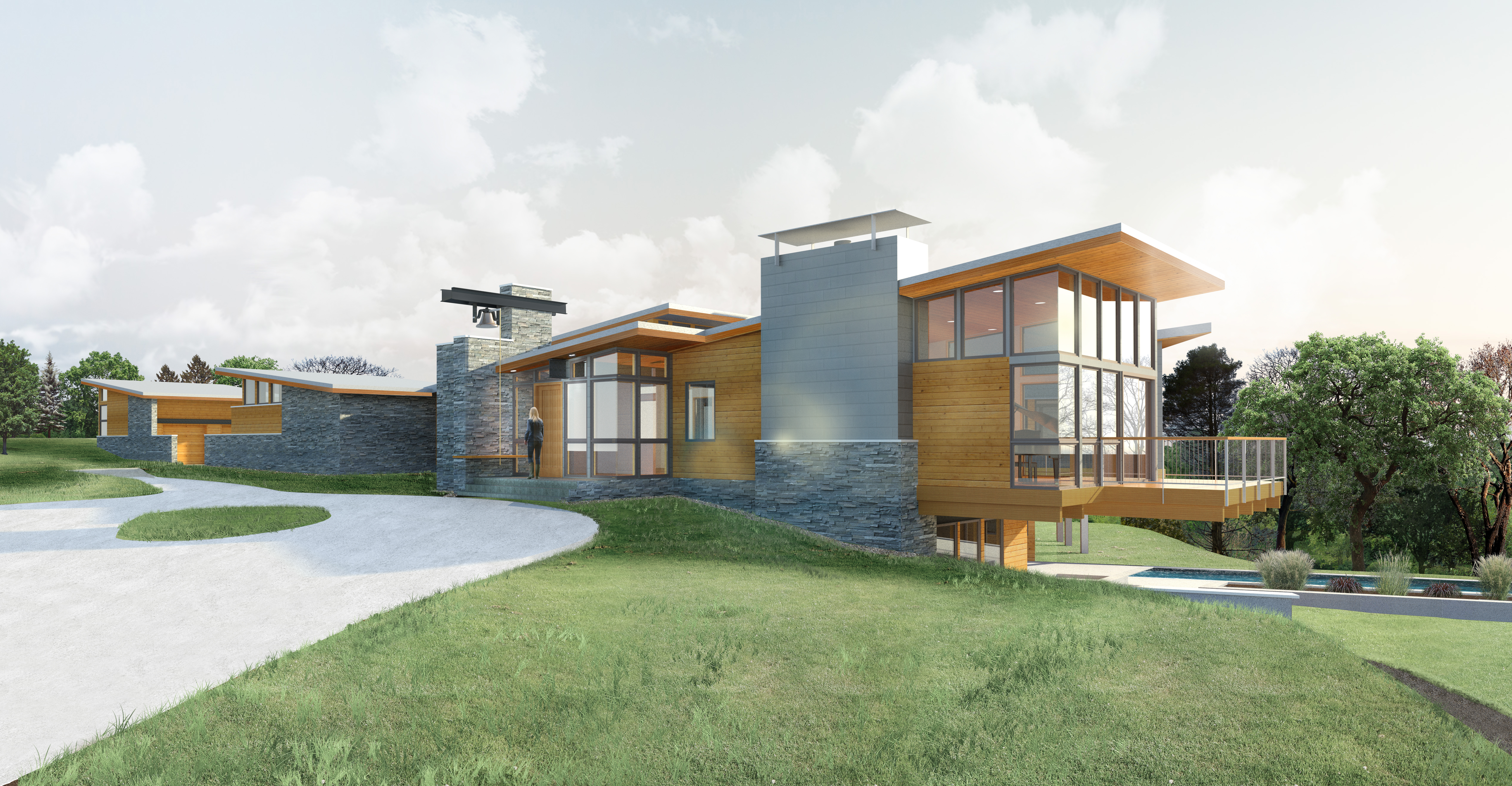 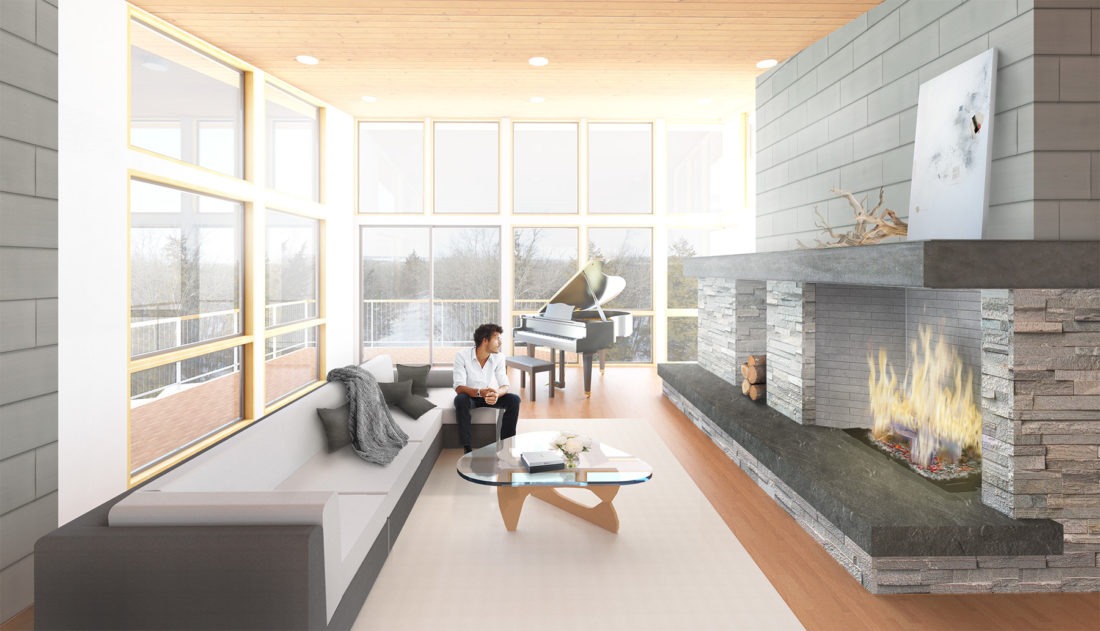 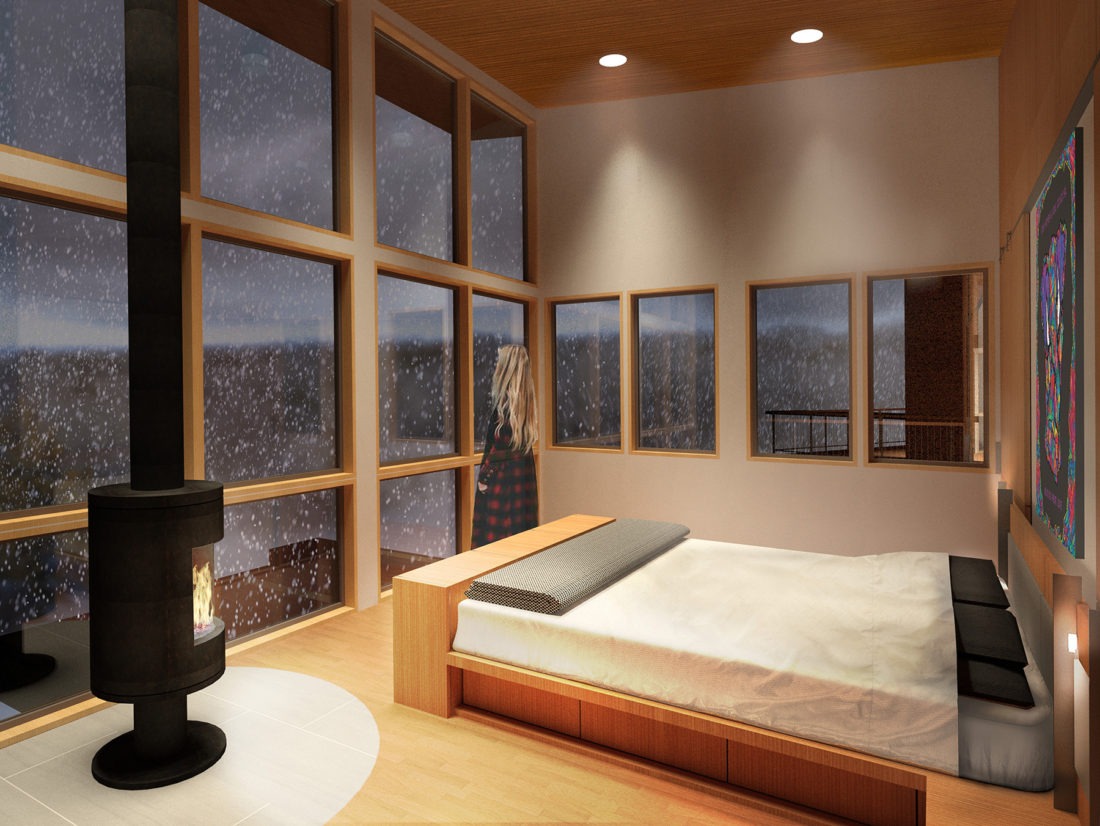 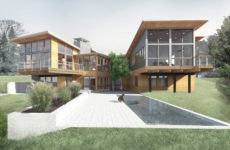 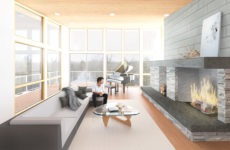 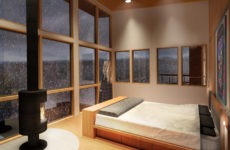 A saddle ridge projects out from the peak of the hill, tapering rapidly away at each side, and at its terminus punches a gap into the thick canopy of trees, lending a framed view of the river valley below. The owners, immediately captivated by the incredible sense of direction to the space, looked for a way to occupy it permanently.

Rather than build directly on the ridge, which would forever alter the way that the space is experienced and ultimately generate an adulterated facsimile of the place that first beguiled the owners, the house is designed to straddle the ridge and enhance the frame instead of plodding over it. Flanking both sides of the saddle, the house is divided into two wings, connected by a sun-soaked link. At the east, fronting the driveway approach, the public-facing wing greets visitors with an old bronze bell delicately suspended from a pair of cantilevered steel channels. A hearty pull of the rope that dangles through a hole in the entry roof sounds the bell and serves to announce the guest’s arrival.

Inside, a tall, sloping ceiling ascends along the length of the Living Room, as it too daringly cantilevers out over the adjoining ravine, finally cresting at a wall of glass that fills the space with light. At the opposite end of the link, the western wing withdraws from the vibrant intensity of the public areas. Projecting off the side of the ridge and into the trees, the wing becomes encased in the natural foliage of its site. While the spaces still soar as the roof mimics the climb of the adjacent wing, light is filtered through the leaves of the surrounding tree canopy before peeking through strategically placed windows, allowing a softer, quieter atmosphere.